Exercise 1.
Predict how many times you can fold a piece of paper in half.
My prediction: _____
Answer:

Exercise 2.
Before any folding (zero folds), there is only one layer of paper. This is recorded in the first row of the table. Fold your paper in half. Record the number of layers of paper that result. Continue as long as possible. 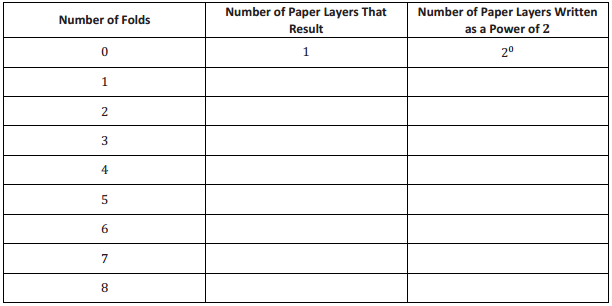 a. Are you able to continue folding the paper indefinitely? Why or why not?
Answer:
No. The stack got too thick on one corner because it kept doubling each time.

d. How is this relationship represented in the exponential form of the numerical expression?
Answer:
I could use 2 as a base and the number of folds as the exponent.

e. If you fold paper f times, write an expression to show the number of paper layers.
Answer:
There would be 2f layers of paper.

Exercise 3.
If the paper were to be cut instead of folded, the height of the stack would double at each successive stage, and it would be possible to continue.

a. Write an expression that describes how many layers of paper result from 16 cuts.
Answer:
216

Bacteria are microscopic single-celled organisms that reproduce in a couple of different ways, one of which is called binary fission. In binary fission, a bacterium increases its size until it is large enough to split into two parts that are identical. These two grow until they are both large enough to split into two individual bacteria. This continues as long as growing conditions are favorable.

a. Record the number of bacteria that result from each generation. 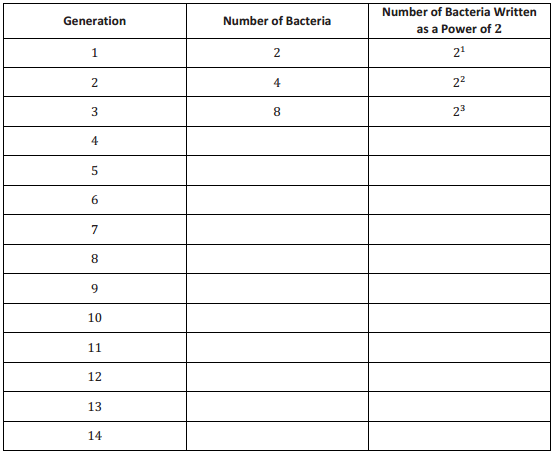 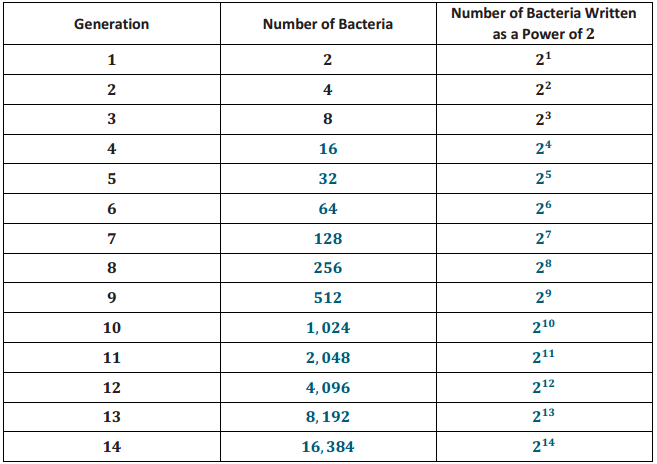 c. Under the right growing conditions, many bacteria can reproduce every 15 minutes. Under these conditions, how long would It take for one bacterium to reproduce itself into more than one million bacteria?
Answer:
It would take 20 fifteen-minute periods, or 5 hours.

Example 3: Volume of a Rectangular Solid 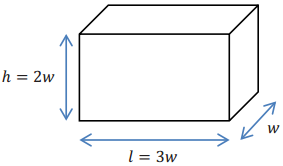 Follow the above example to calculate the volume of these rectangular solids, given the width, w.

Question 1.
A checkerboard has 64 squares on it. 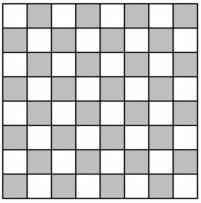 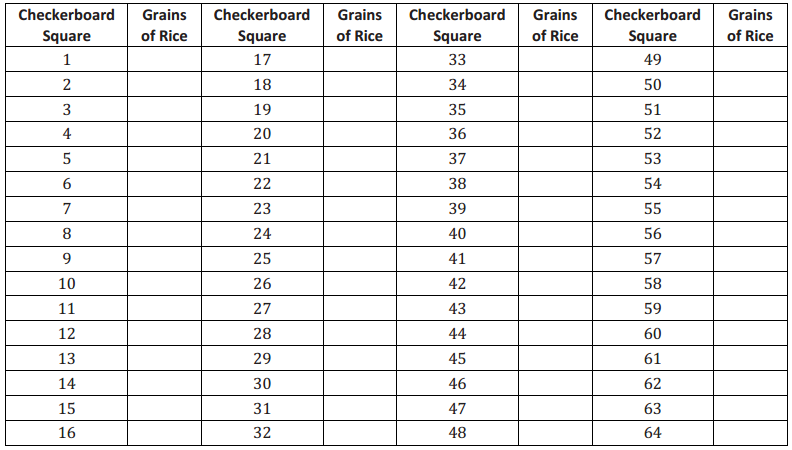 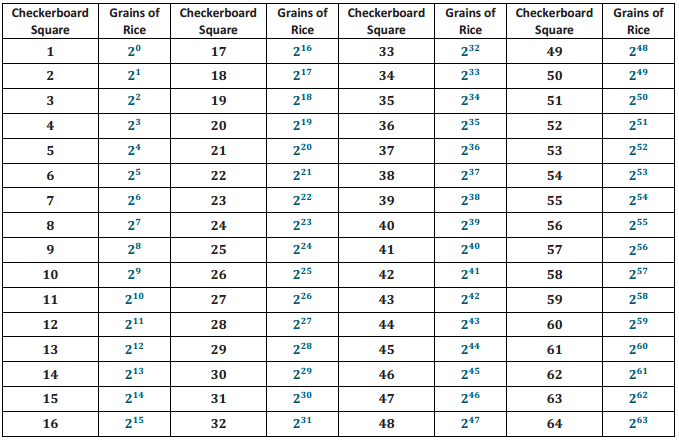 Question 2.
If an amount of money is invested at an annual interest rate of 6%, it doubles every 12 years. If Alejandra invests $500, how long will it take for her investment to reach $2, 000 (assuming she does not contribute any additional funds)?
Answer:
It will take for 24 years. After 12 years, Alejandra will have doubled her money and will have $1,000. If she waits an additional 12 years, she will have $2,000.

Question 3.
The athletics director at Peter’s school has created a phone tree that is used to notify team players in the event a game has to be canceled or rescheduled. The phone tree is initiated when the director calls two captains. During the second stage of the phone tree, the captains each call two players. During the third stage of the phone tree, these players each call two other players. The phone tree continues until all players have been notified. If there are 50 players on the teams, how many stages will it take to notify all of the players?
Answer:
It will take five stages. After the first stage, two players have been called, and 48 will not have been called. After the second stage, four more players will have been called, for a total of six; 44 players will remain uncalled. After the third stage, players (eight) more will have been called, totaling 14; 36 remain uncalled. After the fourth stage, 2 more players (16) will have gotten a call, for a total of 30 players notified. Twenty remain uncalled at this stage. The fifth round of calls will cover all of them because 25 includes 32 more players.

Question 1.
Naomi’s allowance is $2.00 per week. If she convinces her parents to double her allowance each week for two months, what will her weekly allowance be at the end of the second month (week 8)? 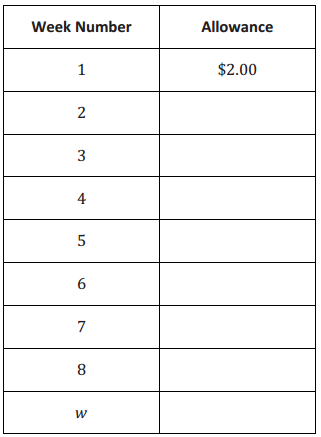 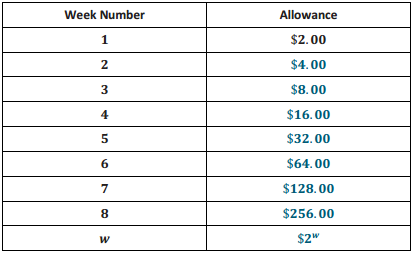