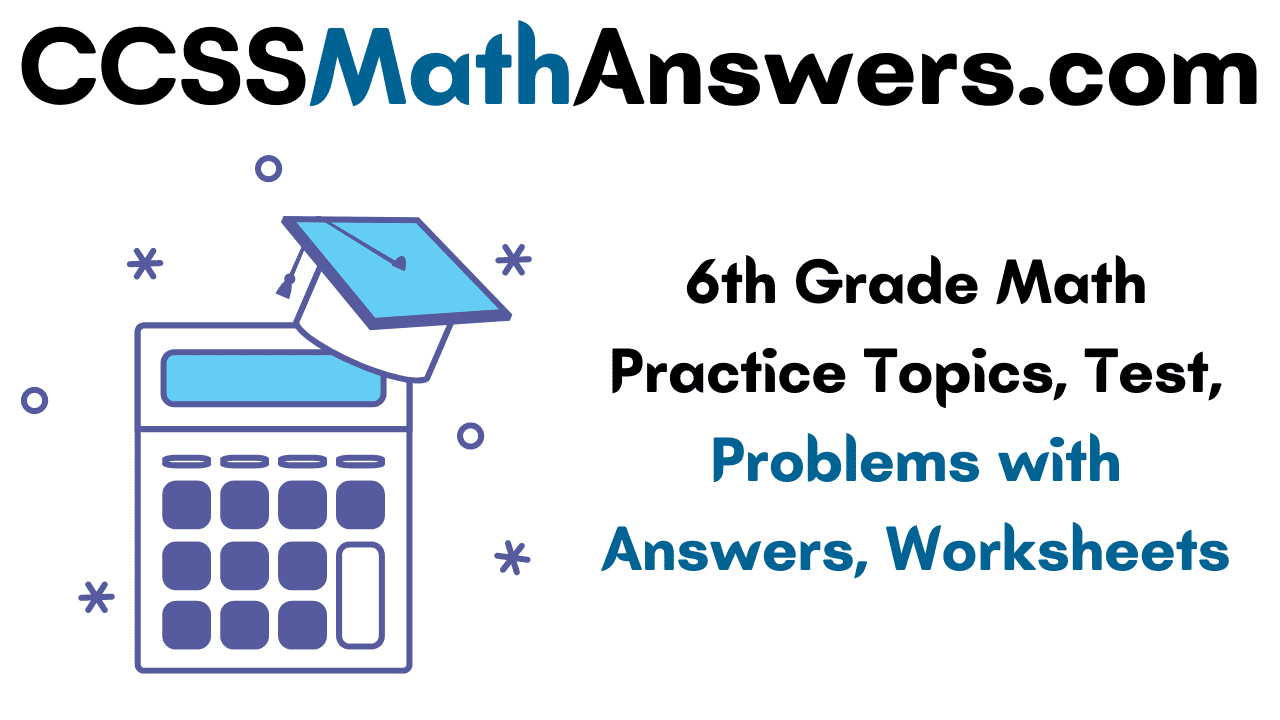 In Grade 6 a lot of topics are covered from Grade 5 but with more depth. Applied Math Concepts like percentages, profit and loss, ratio, and proportions are introduced in 6th Grade. You will get acquainted with concepts of linear equations and algebraic expressions. Worry not, we are here to assist you with the concepts and help you to ace the curriculum without any difficulty.

Students encounter problems on the road to math Proficiency. This is especially true in Grade 6 when complicated theories and models are introduced from all directions. Our experts can make a difference in your learning and help your child overcome the fear of Math.

We have compiled the Grade 6 Math Practice Problems covering the entire curriculum. All you have to do is simply tap on the 6th Grade concepts you would like to prepare and learn them accordingly. Identify the areas of need and improvise on them accordingly. Interpret and Compute different types of problems easily. You can have an easy transition from Grade 5 to Grade 6 and all the Grade 6 Topics, Problems, Worksheets made available help you to learn something new.

Comprehensive 6th Grade Math will concentrate on the areas listed below and you can achieve your learning targets easily. They are as follows

Hope the information shared has enlightened you to the possible extent. If you have any queries do contact us via comment box and our experts will guide you at the earliest possible. For more updates or information of Gradewise Math Concepts bookmark our site.