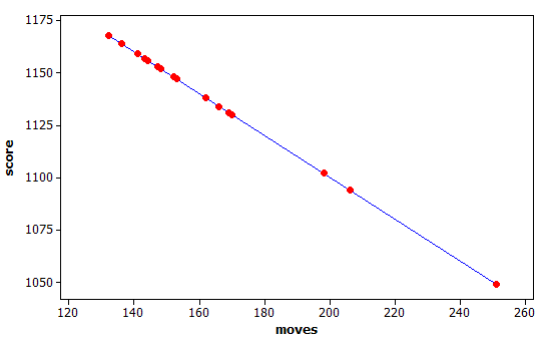 c. Based on the linear function, each time the player makes a move, how many points does she lose?
Answer:
One point last per move.

d. Based on the linear function, how many points does the player start with in this game? Explain your reasoning.
Answer:
1300, or the score when the number of moves equals 0.

Question 2.
To save money, drivers often try to increase their mileage, which is measured in miles per gallon (mpg). One theory is that speed traveled impacts mileage. Suppose the following data are recorded for five different 300-mile tests, with the car traveling at different speeds in miles per hour (mph) for each test.

a. For the data in this table, is the association positive or negative? Explain how you decided.
Answer:
As the speed increases in miles per hour, the miles per gallon decrease. This describes a negative association. 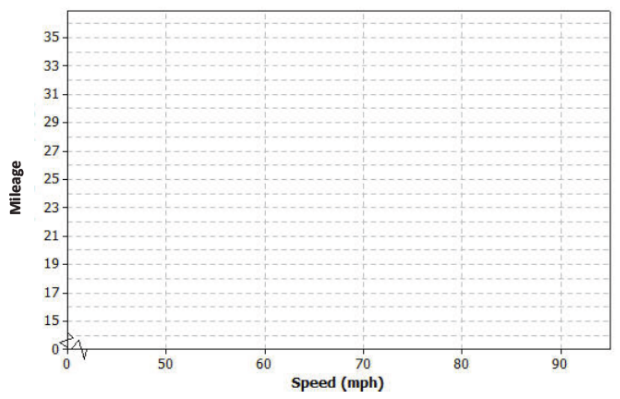 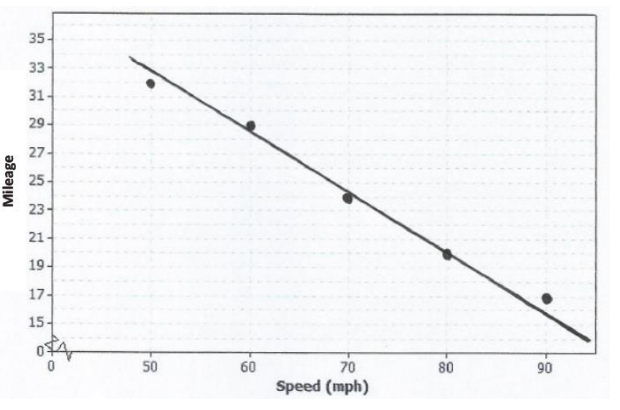 c. Draw a line on your scatter plot that you think is a reasonable model for predicting the mileage from the car speed.
Answer:

Suppose additional data were measured for three more tests. These results have been added to the previous tests, and the combined data are shown in the table below.

e. Does the association for these data appear to be linear? Why or why not?
Answer:
No, While the speeds increase, the milage value increase and then mostly decrease. There is no fixed rate of increase or decrease for milage based on increased speed.

f. If your only concern was mileage and you had no traffic constraints, what speed would you recommend traveling based on these data? Explain your choice.
Answer:
About 50 mph. It is around 50 mph that the mpg stops increasing and starts to decrease.