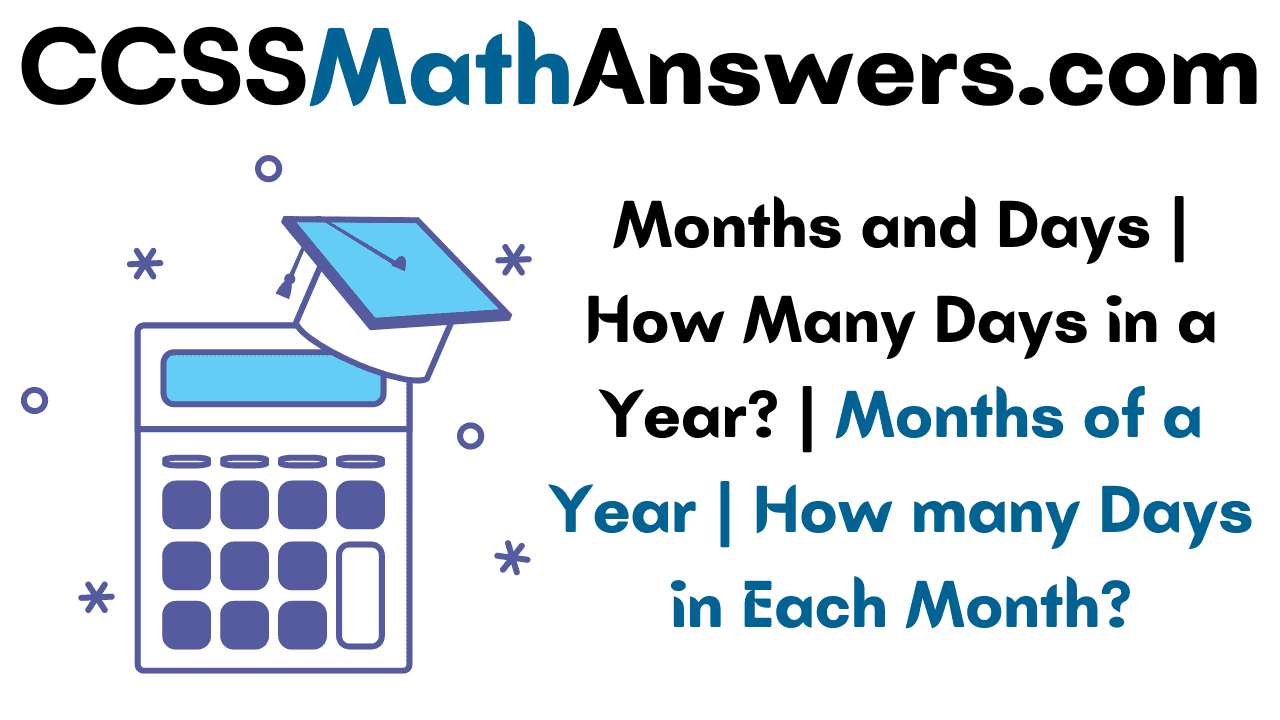 Everyone must know the number of Months and Days in a year. One complete year has 365 days or 366 days. Here, a leap year contains 366 days which comes once every four years. One year whether it is a leap year or a normal year contains 12 months. Now, months are divided into days that is 28, 29, 30, or 31 days.

Below is the list of Months and Days in a year. Learn the number of months and days along with their short-form whenever you need them. They are along the lines

We have different seasons for every three months. That means December, January, and February comes under the winter season. March, April, and May considered as Spring Season. Next, the Summer season covers June, July, and August months. Finally, September, October, and November come under the autumn season. Totally four seasons in a year.