Question 1.
Mr. Kindle invested some money in the stock market. He tracks his gains and losses using a computer program. Mr. Kindle receives a daily email that updates him on all his transactions from the previous day. This morning, his email read as follows:
Good morning, Mr. Kindle,
Yesterday’s investment activity included a loss of $800, a gain of $960, and another gain of $230. Log in now to see your current balance.

a. Write an integer to represent each gain and loss.

b. Mr. Kindle noticed that an error had been made on his account. The “loss of $800” should have been a “gain of $800.” Locate and label both points that represent “a loss of $800” and “a gain of $800” on the number line below. Describe the relationship of these two numbers when zero represents no change (gain or loss). 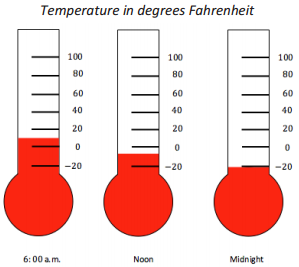 c. Explain how to use absolute value to find the number of degrees below zero the temperature was at noon.
Answer:
|- 10| = 10
The temperature at noon was 10° below zero. 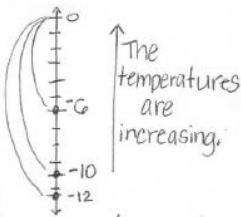 Question 3.
Choose an integer between 0 and – 5 on a number line, and label the point P. Locate and label each of the following points and their values on the number line.

a. Label point A: the opposite of point P.
Answer:
3

d. Label point D: a number halfway between point P and the integer to the right of point P.
Answer:
– 2.5

Question 4.
Julia is learning about elevation in math class. She decided to research some facts about New York State to better understand the concept. Here are some facts that she found.

a. Write an integer that represents each location in relationship to sea level.

c. Order the elevations from least to greatest, and then state their absolute values. Use the chart below to record your work. 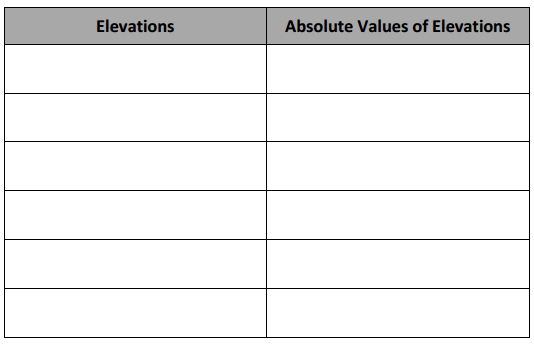 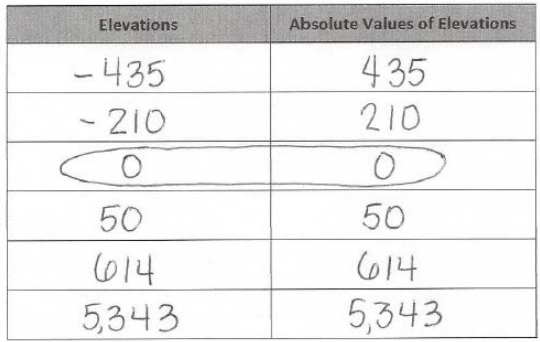 Question 5.
For centuries, a mysterious sea serpent has been rumored to live at the bottom of Mysterious Lake. A team of historians used a computer program to plot the last five positions of the sightings. 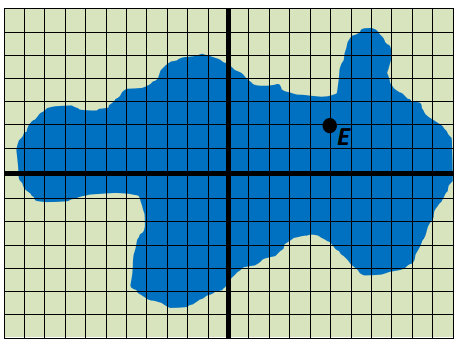 b. Over time, most of the sightings occurred in Quadrant Ill. Write the coordinates of a point that lies in Quadrant III.
Answer:
(- 6, – 3)