Question 1.
In each problem, set up and solve an equation for the unknown angles.
a. Four lines meet at a point. Find the measures m° and n°. 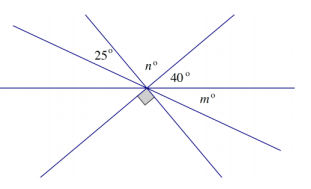 b. Two lines meet at the vertex of two rays. Find the measures m° and n°. 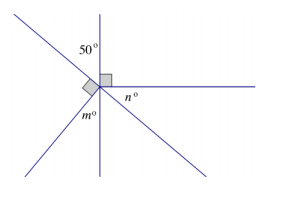 c. Two lines meet at a point that is the vertex of two rays. Find the measures m° and n°. 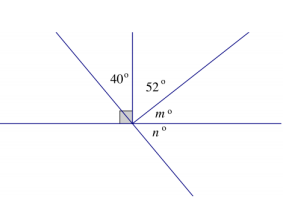 d. Three rays have a common vertex on a line. Find the measures m° and n°. 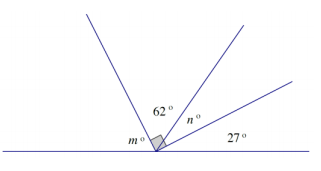 b. Solutions will vary; refer to the rubric.

Question 3.
In each of the following problems, two triangles are given. For each: (1) state if there are sufficient or insufficient conditions to show the triangles are identical, and (2) explain your reasoning. 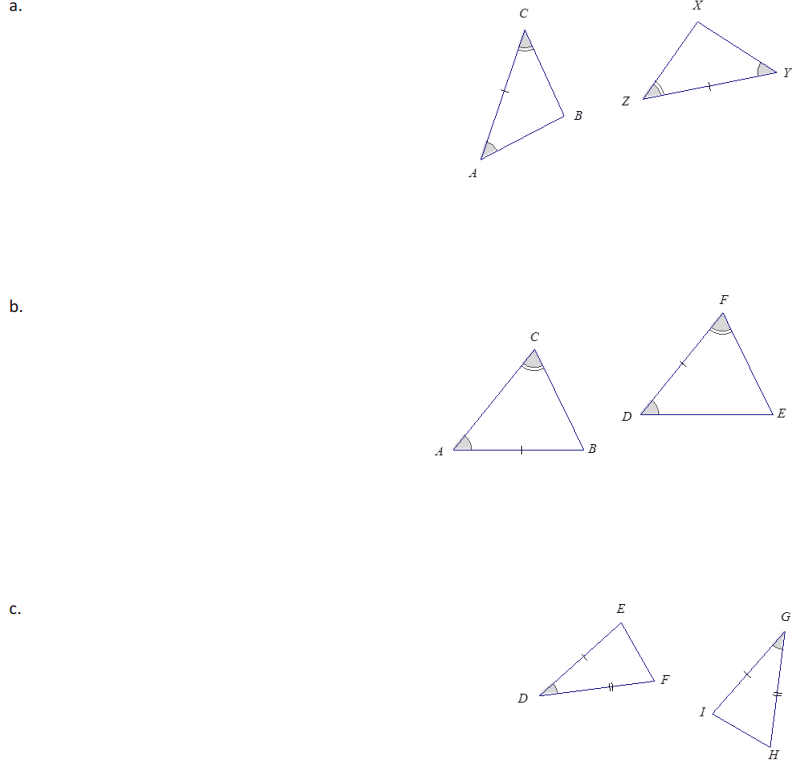 a. The triangles are identical by the two angles and included side condition. The marked side is between the given angles.
△ABC ↔ △YXZ

c. The triangles are identical by the two sides and included angle condition. △DEF ↔ △GIH

Question 4.
Use tools to draw rectangle ABCD with AB = 2 cm and BC = 6 cm. Label all vertices and measurements.
Answer:

Question 5.
The measures of two complementary angles have a ratio of 3:7. Set up and solve an equation to determine the measurements of the two angles.
Answer:

Let y° be the number of degrees in the angle.

Question 7.
Three angles are at a point. The ratio of two of the angles is 2:3, and the remaining angle is 32° more than the larger of the first two angles. Set up and solve an equation to determine the measures of all three angles.
Answer:

Question 8.
Draw a right triangle according to the following conditions, and label the provided information. If it is not possible to draw the triangle according to the conditions, explain why. Include a description of the kind of figure the current measurements allow. Provide a change to the conditions that makes the drawing feasible.
a. Construct a right triangle ABC so that AB = 3 cm, BC = 4 cm, and CA = 5 cm; the measure of angle B is 90°.
b. Construct triangle DEF so that DE = 4 cm, EF = 5 cm, and FD = 11 cm; the measure of angle D is 50°.
Answer:
a. 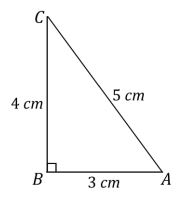